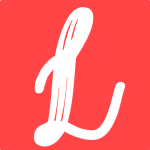 Sep 20, 2020 Gaming, Gaming companies are reportedly the next targets in the US government's potentially broader Tencent purge

Some of the biggest names in online gaming in the United States have received letters from the U.S. government requesting information about their relationship with the multibillion-dollar Chinese technology company, Tencent, according to reports.

Even as the U.S. Department of Commerce moves to block new downloads of the Chinese company’s popular messaging and payment app, WeChat, it has sent out letters to U.S. gaming companies like Epic Games, Riot Games, and others about their data-security protocols and their relationship to Tencent, according to a report in Bloomberg.

Citing people familiar with the matter, Bloomberg reports that the Committee on Foreign Investment in the U.S., which is chaired by the Treasury Department, is looking for information about how these companies handle the personal data of their U.S. customers.

Tencent is the world’s largest gaming company, with stakes in multiple U.S. gaming companies, including the Los Angeles-based Riot Games and a 40 percent stake in Epic Games, the maker of Fortnite, which is one of the most popular multiplayer online games in the U.S.

The requests could presage a push by the United States to force Tencent to sell off its gaming interests in America and would follow similar steps taken to crack down on the Chinese-owned social media network, TikTok.

The tumultuous TikTok saga has centered on the ways in which the wildly popular social media company handles user data and how that data could be misused by TikTok’s Chinese parent company, Bytedance. And the announcement earlier today from Commerce Secretary Wilbur Ross uses language that could be applied to Tencent’s gaming holdings just as easily as TikTok’s social media service.

“Today’s actions prove once again that President Trump will do everything in his power to guarantee our national security and protect Americans from the threats of the Chinese Communist Party,” said Ross in a statement. “At the President’s direction, we have taken significant action to combat China’s malicious collection of American citizens’ personal data, while promoting our national values, democratic rules-based norms, and aggressive enforcement of U.S. laws and regulations.”

Technology companies account for an increasing share of global economic output, and social media companies like Facebook have been denied access to the Chinese market. Some have speculated that the forced sale of TikTok’s U.S. assets could be an attempt to impose the same restrictions on Chinese companies that U.S. companies experience in China’s domestic market.

Security concerns have been at the heart of U.S. trade restrictions against other Chinese technology companies — like the networking and communications technology developer Huawei.

Extending the same argument to gaming may open another front in the ongoing trade war that’s been waged between the U.S. and China for the duration of the Trump presidency. But it would be yet another unprecedented step to wall off what historically has been unfettered commercial access to U.S. markets by foreign competitors in most of the tech arena (excluding things like weapons systems).

Tencent has over 300 investments in its portfolio, including Riot Games which it acquired outright in 2015 after buying a 93% stake in the business back in 2011. The Chinese company also owns a huge stake in Epic Games, the $17 billion game technology developer that created the runaway multiplayer smash hit, Fortnite, and Activision/Blizzard, which produces the Call of Duty franchise (among others).

Any movement by the Trump Administration to further restrict the economic activity of foreign companies operating in the U.S. could have unintended consequences for the nation’s technology industry, as well.

Even the top executives at some of the companies that would ostensibly benefit from TikTok’s disappearance from the competitive social media landscape have decried the approach taken by the US government.

Earlier today, Instagram CEO Adam Mosseri took to Twitter to decry the announcement. The ACLU also wasted no time in criticizing the announcement. Hina Shamsi, the director of the agency’s National Security Project, said in a statement: “This order violates the First Amendment rights of people in the United States by restricting their ability to communicate and conduct important transactions on the two social media platforms.”

Some Methods to Get Free Robux In 2020

How to Choose Dance Mirrors Cheap